Join us for live-streamed Mass every weekend: Saturdays at 4:30 PM and Sundays at 10:00 AM.

In compliance with Diocesan and health guidelines:

If you wish to receive Confession or have additional questions, please contact the Rectory:  884-0053

Please click follow the link below to set up a donation. (Please note: you will be redirected to a third party site to set up the donation) 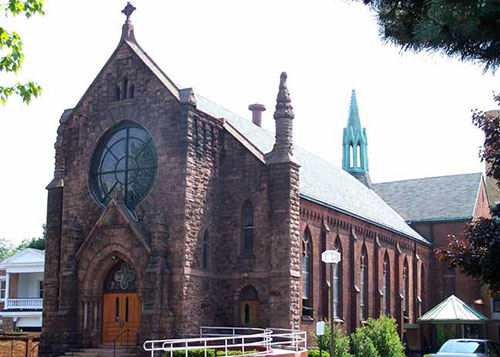 Upon This Rock Modification

Beginning in 2015, The Foundation of the Roman Catholic Diocese of Buffalo, N.Y., Inc. ("Foundation") began soliciting donations to its "Upon this Rock"("UTR") capital and endowment campaign. The UTR campaign raised funds for many purposes, including soliciting funds for making essential upgrades to classroom facilities and technology of Christ the King Seminary ("CKS"), expanding CKS’s role as a center of retreat and religious celebration, and establishing an endowment fund for CKS. Unfortunately, in early 2020, CKS’s Board of Trustees determined that CKS would close at the end of the 2020-2021 academic year. CKS’s closure will make it impossible for the Foundation to use the UTR funds raised for CKS for their original intended purposes. However, under New York law, when the original purposes for which funds are donated become impossible to achieve, those purposes can be modified in a manner consistent with original intent by the New York State courts. For many years, CKS provided education and formation for ordained and lay ecclesial ministers in the Diocese of Buffalo and beyond. Accordingly, the Foundation has asked the New York State Supreme Court for the County of Erie to approve a modification of the purposes of UTR funds raised for CKS so that those funds can be used to support the education and formation for ordained and lay ecclesial ministry in the Diocese of Buffalo, as determined in the discretion of the Foundation’s Board.

If you have donated to UTR and would like to be heard regarding this requested modification, you may send a letter to:

or an email to donor.info@frcdb.org.

Copies of letters or email received by the Foundation will be provided to the Court. You may also make a formal filing in the legal proceeding entitled Matter of the Modification of Endowment Funds of The Foundation of the Roman Catholic Diocese of Buffalo N.Y., Inc., Erie County Index No. 814747/2020. In order for your submission to be available for the Court’s consideration, please be sure to send any letter or email, or make any filing, no later than Friday, April 9, 2021.